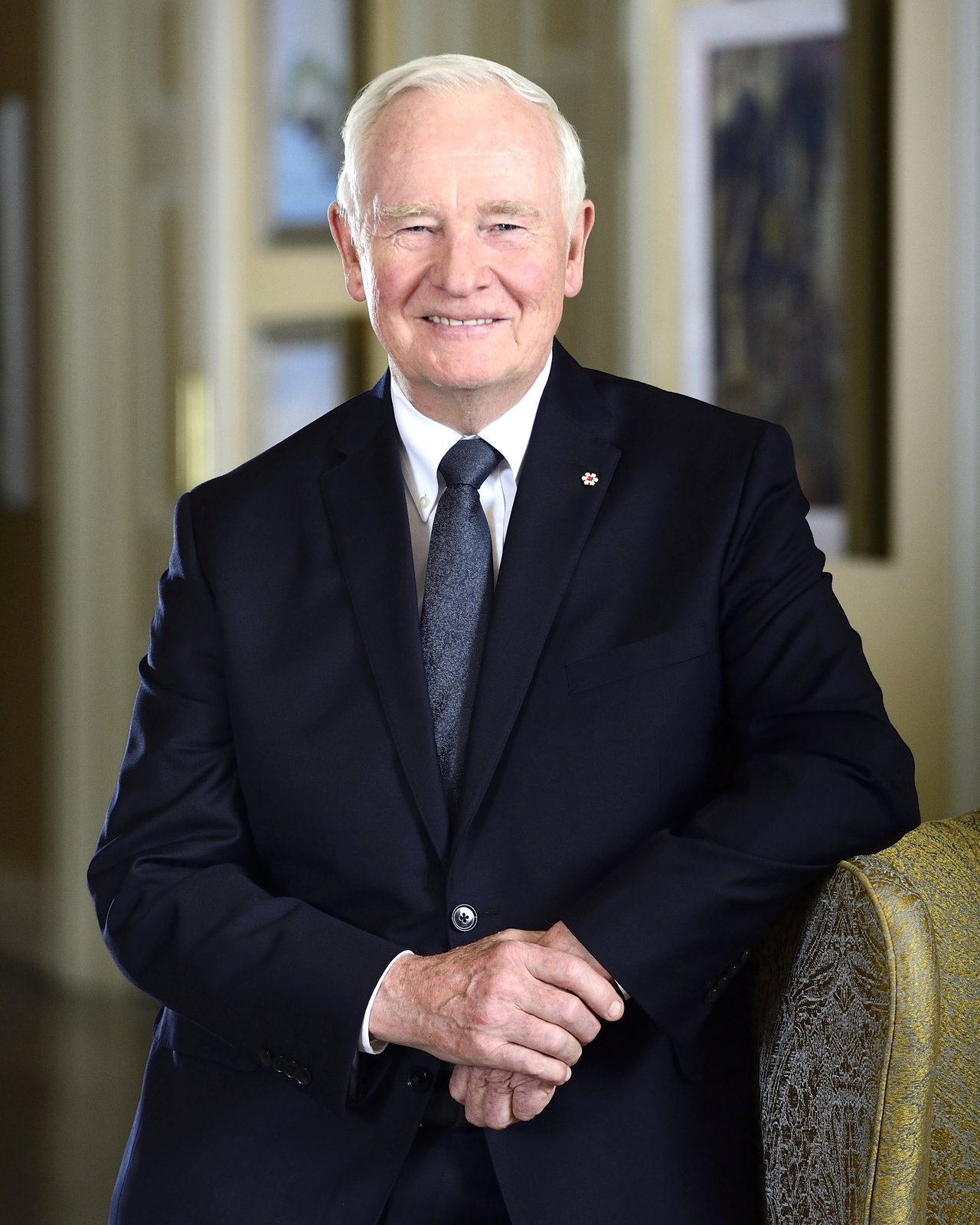 The Right Honourable David Johnston was Canada’s 28th governor general. During his mandate, he established the Rideau Hall Foundation (RHF), a registered charity that supports and amplifies the Office of the Governor General in its work to connect, honour and inspire Canadians. Today, he is actively involved as Chair of the RHF Board of Directors. In 2018, he was appointed Colonel to the Royal Canadian Regiment.

Prior to his installation as governor general, Mr. Johnston was a professor of law for 45 years, and served as President of the University of Waterloo for two terms, and Principal of McGill University for 3 terms. He was president of the Association of Universities and Colleges of Canada and of the Conférence des recteurs et des principaux des universités du Québec. He was the first non-U.S. citizen to be elected chair at Harvard University’s Board of Overseers from which he graduated in 1963 magna cum laude and was twice named all-American in hockey and was named to Harvard’s Athletic Hall of Fame. He holds degrees from Harvard, Cambridge and Queen’s and has received more than three dozen honorary degrees or fellowships.

David has authored or co-authored more than 30 books. He was named Companion of the Order of Canada in 1997. He has chaired or served on many provincial and federal task forces and committees and has served on the boards of more than a dozen public companies. He has been married for 57 years to Sharon and they have 5 daughters and 14 grandchildren. 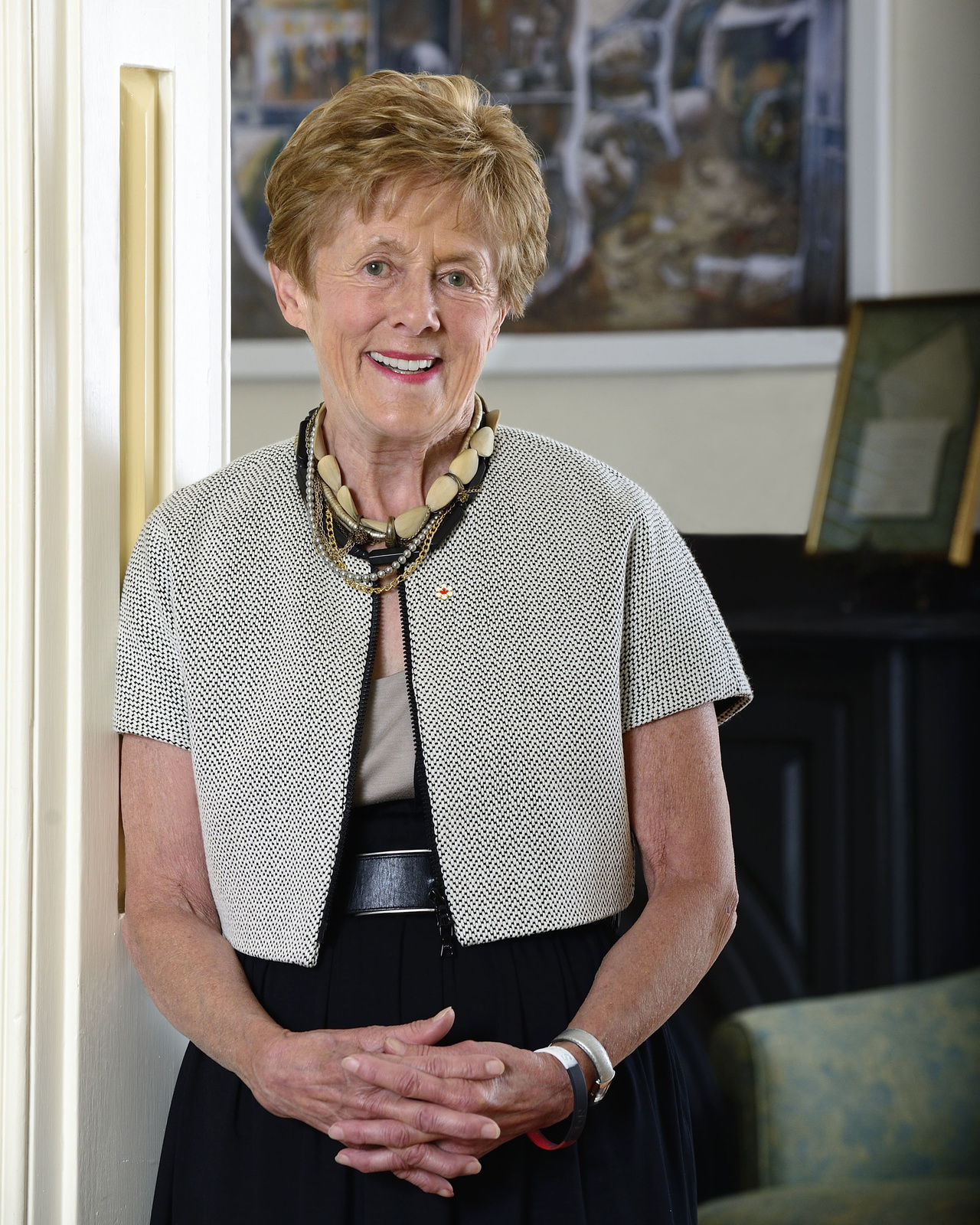 Sharon Johnston graduated in Physical and Occupational Therapy in 1966 from the University of Toronto and some years later obtained her Doctorate in Rehabilitation Science from McGill University.

Sharon’s early career was as a psychiatric occupational therapist working with children and young adults until the birth of her five daughters.

As the wife of the 28th Governor General, she used her position to advocate for mental health awareness and the importance of anti-stigma programs. As an honorary witness to the Truth and Reconciliation Commission she has advocated for our indigenous Canadians. For twelve years she managed a dressage training centre near Waterloo, Ontario before moving to Ottawa.

Sharon is writing a trilogy of historical fiction. The first novel, Matron and Madams, published in 2015, a fictional account of life in southwestern Alberta during a colourful, post-Great War era, based on her grandmother’s experiences. Patchwork Society was released in March of 2020 and is set in Sault Ste-Marie. 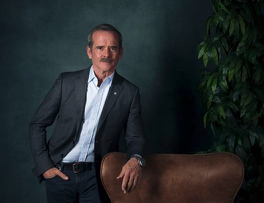 He is an advisor/director for multiple high-tech companies and leads the Space stream at the Creative Destruction Lab tech incubator. Chris is a four-time internationally best-selling author, a professor at U Waterloo and online at Masterclass, and has created/hosted TV series with both BBC and National. 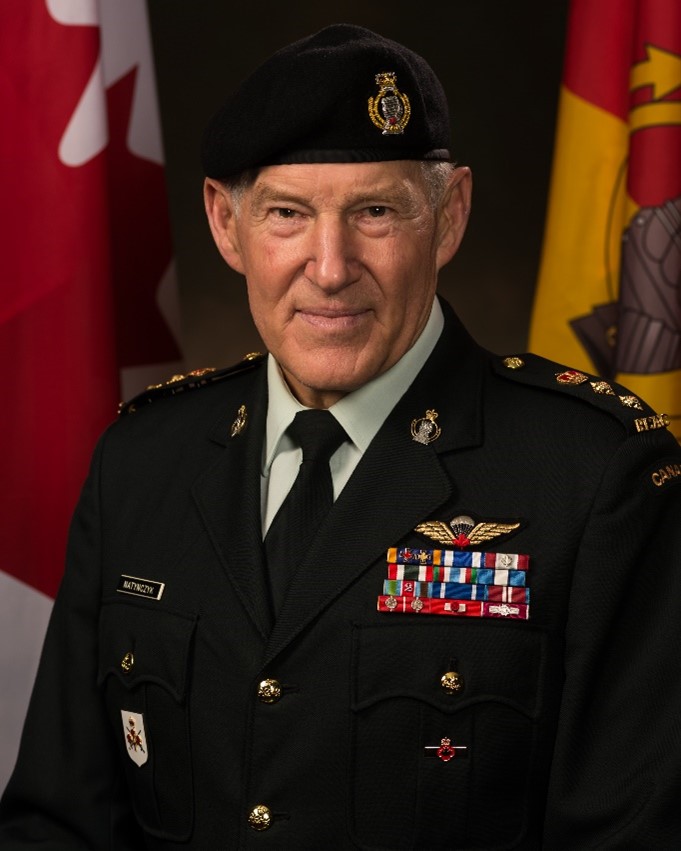 A native of Winnipeg, General (retired) Walt Natynczyk, CMM, MSC, CD is a leader of national distinction, an advocate for veterans and their families, and an agent for change. He joined the Canadian Forces in 1975 after spending five years as an Air Cadet, served in countless Royal Canadian Armoured Corps (RCAC) command positions and rose to the position of Chief of the Defence Staff.

General Natynczyk served as Canada’s Chief of Defence Staff from 2 July 2008 to 29 October 2012. Key events over his tenure were the combat mission in Afghanistan, the 2010 Winter Olympics, humanitarian support to Haiti and the NATO mission over Libya.

General Natynczyk served as President of the Canadian Space Agency from August 2013 to November 2014. On November 3, 2014, he began his role as Deputy Minister of Veterans Affairs Canada, until his retirement in May 2021.

It is support that sustains us on the journey we’ve started.